Reposted from All About Circuits

The IoT market consists of many different device manufacturers, each developing its own suite of IoT products. Major players like Amazon and Google compete for space in the market by each offering similar devices within a unique and proprietary ecosystem.

A look at the many companies in the IoT market. Image courtesy of CB Insights

The result is a modern smart home consisting of several devices from different manufacturers—Amazon Alexa, a Ring Doorbell, and a Google Nest thermostat, for example. While market choice and variety are generally good for consumers, in the context of the IoT, this fragmentation can be a major shortcoming.

For this reason, developers are pushing for protocols such as Matter to unify the IoT market. Now, a company called Lexi has introduced the Lexi IoT Platform, which it claims is the only universal IoT platform.

The Need for Interoperability

Devices from different manufacturers only interface with other devices within the manufacturer’s ecosystem. For instance, a Google Nest is not designed to be interoperable with Amazon Alexa, and vice versa.

The IoT is most powerful with device interoperability. Image courtesy of Mouser

Because of this, consumers are forced to either purchase devices only within one manufacturer ecosystem or live with disparate devices that are not interoperable. If all IoT devices were interoperable regardless of manufacturer, the industry could unlock unprecedented functionality and achieve the true vision of IoT.

Designed to address this disconnect, the Lexi IoT Platform employs hardware and software to act as the bridge between devices in the smart home and enterprise space.

The platform consists of three main tenants: the Lexi Mobile Apps, the Universal IoT Gateway, and the Lexi Cloud.

The Lexi Mobile Apps are customizable iOS and Android apps that can control and manage IoT devices within an ecosystem. The Universal Gateway is a hardware device based around an NXP processor, which physically connects disparate IoT devices. Lexi has designed its gateway to support all of the major IoT wireless protocols on the market today, including Wi-Fi, Bluetooth, Zigbee, Z-Wave, 900 MHz, LoRaWAN, and cellular. Finally, the Lexi Cloud is a cloud service that includes data storage, device control, and an analytics dashboard for user insight.

With this platform, Lexi claims to create interoperability among many of the major industry ecosystems, including Amazon Alexa, Google Home, Samsung SmartThings, and IFTTT. Future plans include adding support for Apple HomeKit, HomeAssistant, and HomeBridge. Lexi is also upgradeable to Matter and Thread.

Lexi Claims to be the World’s First and Only Universal... 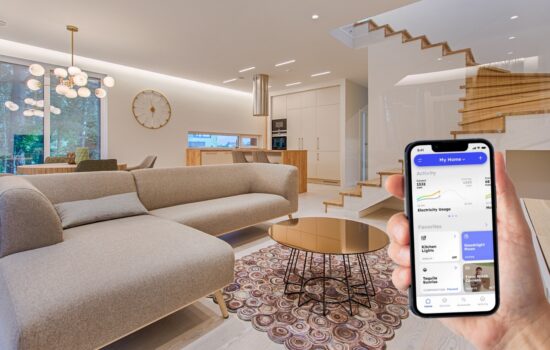 December 19, 2022 TheInternetOfThings.report   LEXI, the company behind the industry’s most comprehensive IoT technologies that are…