White Label, Multi-Protocol + Edge-to-Cloud Offering – Enables Companies to Work with All Leading Ecosystems and Across All Major Wireless Protocols

LEXI has announced the LEXI IoT Platform, a solution for easing the IoT experience for connecting products across ecosystems. Possessing a suite of software and hardware solutions, LEXI provides complete functionality for enterprise customers to deploy a comprehensive commercial IoT project. The LEXI IoT Platform is being deployed across industries, including smart building, smart home, smart agriculture, industrial control, environmental monitoring, and HVAC.

What differentiates the LEXI IoT Platform from everything else on the market is it’s far-reaching, future-ready design that supports all major wireless protocols including Wi-Fi, Bluetooth, Zigbee, Z-Wave, 900MHz, LoRaWAN® and cellular – plus it’s upgradable to Thread and Matter. Intentionally universal, the LEXI IoT Platform caters to all major smart home ecosystems including Amazon Alexa, Google Home, Samsung SmartThings, IFTTT and soon Apple HomeKit, HomeAssistant and HomeBridge.

“This essentially is the missing piece to move IoT stakeholders and users into the next level of smart living as the future is multi-protocol and it’s all about interoperability,” said John E. Osborne II, COO, LEXI. “Manufacturers, telcos and retailers need a flexible, future-proof IoT platform to wrap their brand around, while their customers need the ‘it just works’ factor to finally kick in and spur the adoption and expansion of smart-everything.”

Already being rolled out to international telcos, the LEXI IoT Platform is comprised of three core components:

Follow LEXI LinkedIn as we settle into orbit in the forthcoming multi-protocol universe.

Be part of the charge into the IoT’s next frontier: see LEXI’s Republic Campaign page.

Why does interoperability matter? Imagine this… 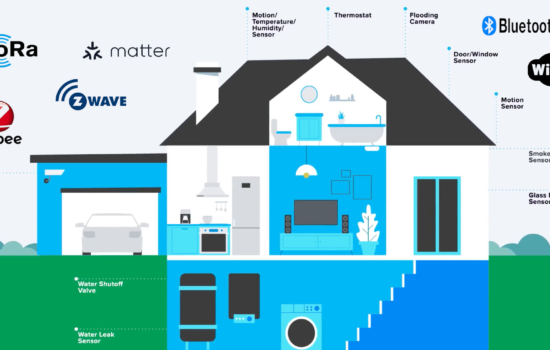 IoT For All - December 5, 2022  LEXI, the company behind the industry’s most comprehensive IoT technologies that…